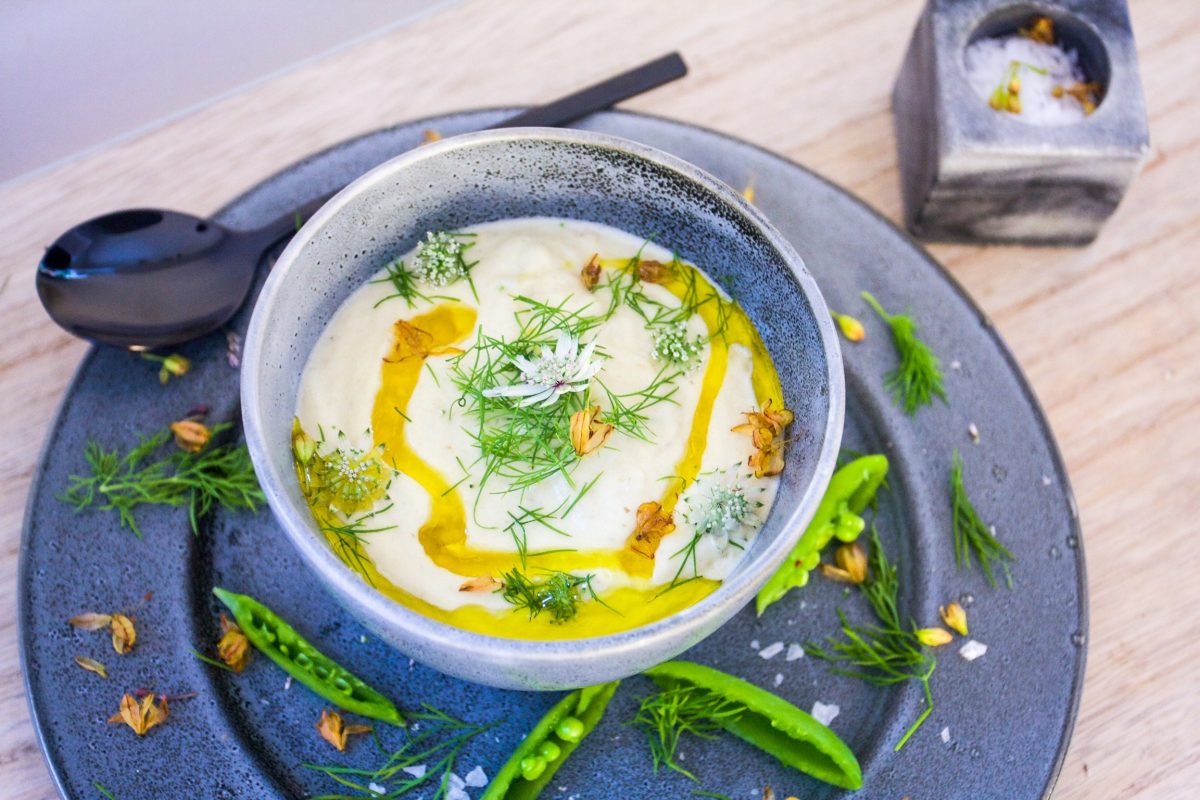 I think this or a version of this soup was one of the first things we were taught to cook in home economics class. I didn’t like it at all. I think that specific recipe skimped on the things that give this soup a rich flavour and creamy texture.

Cook it and serve it with sugar peas. 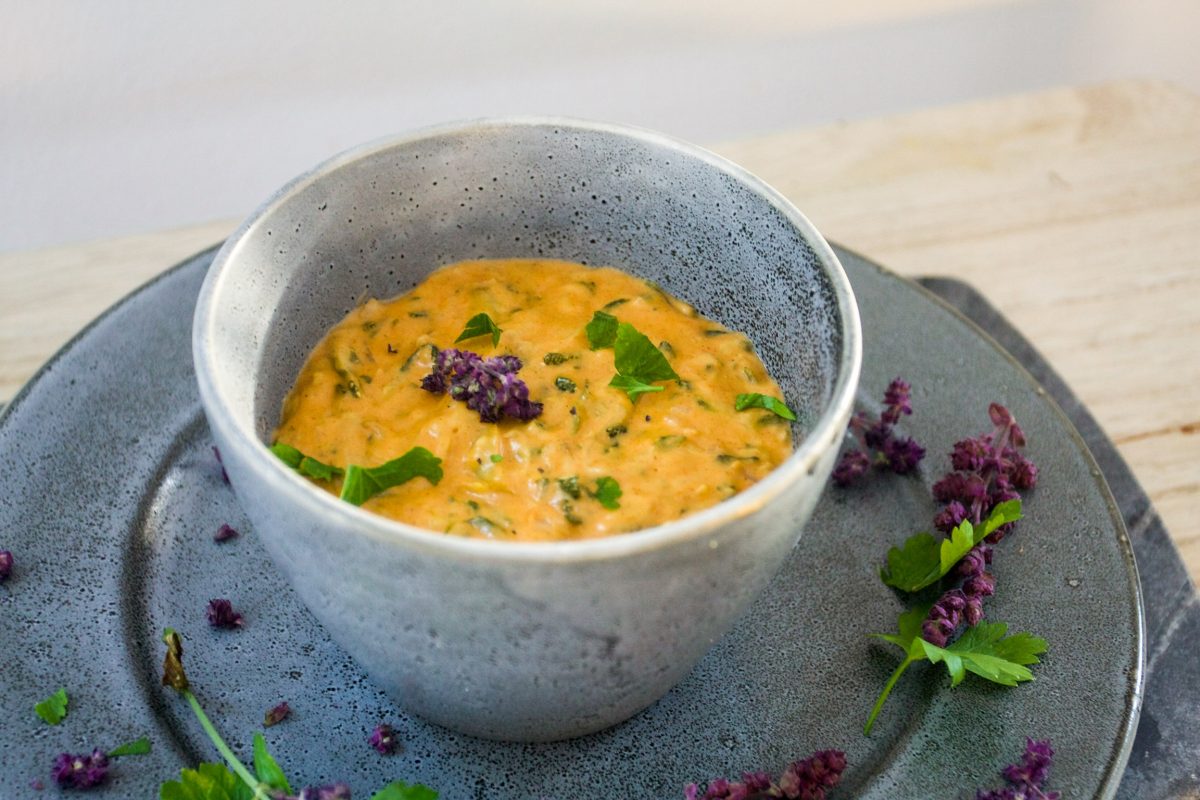 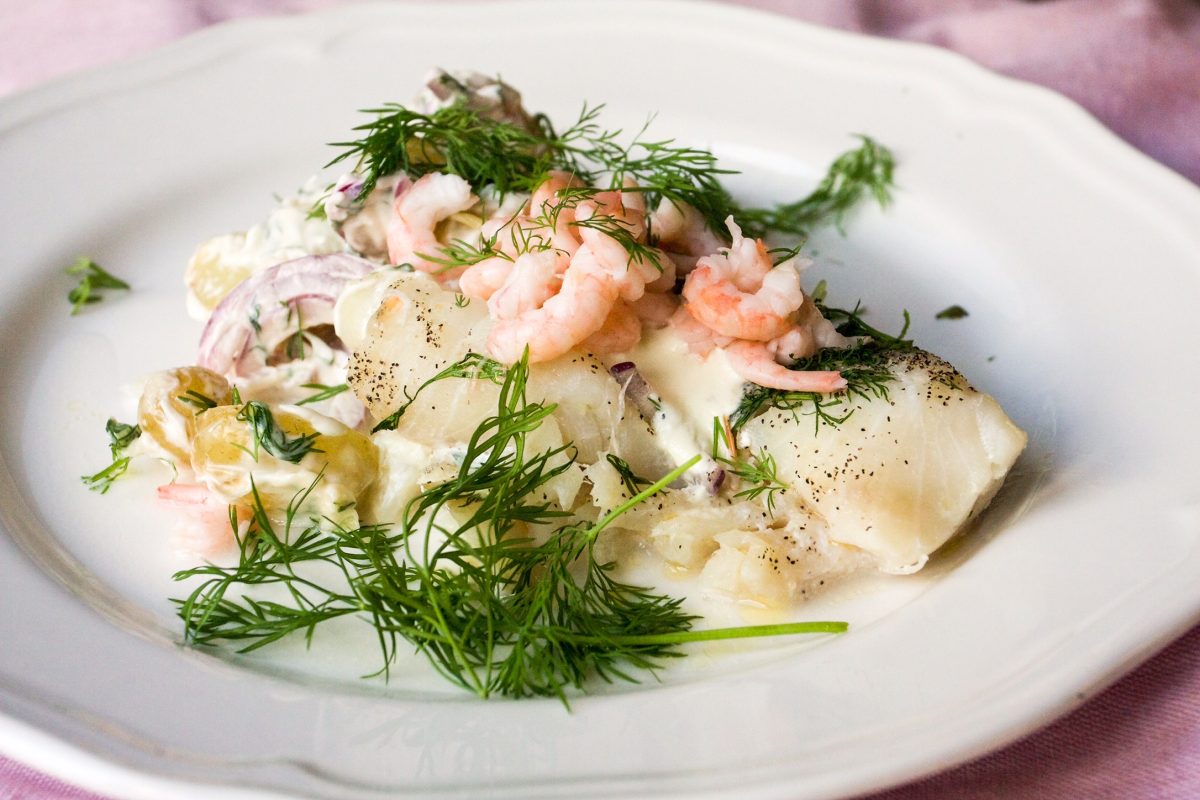 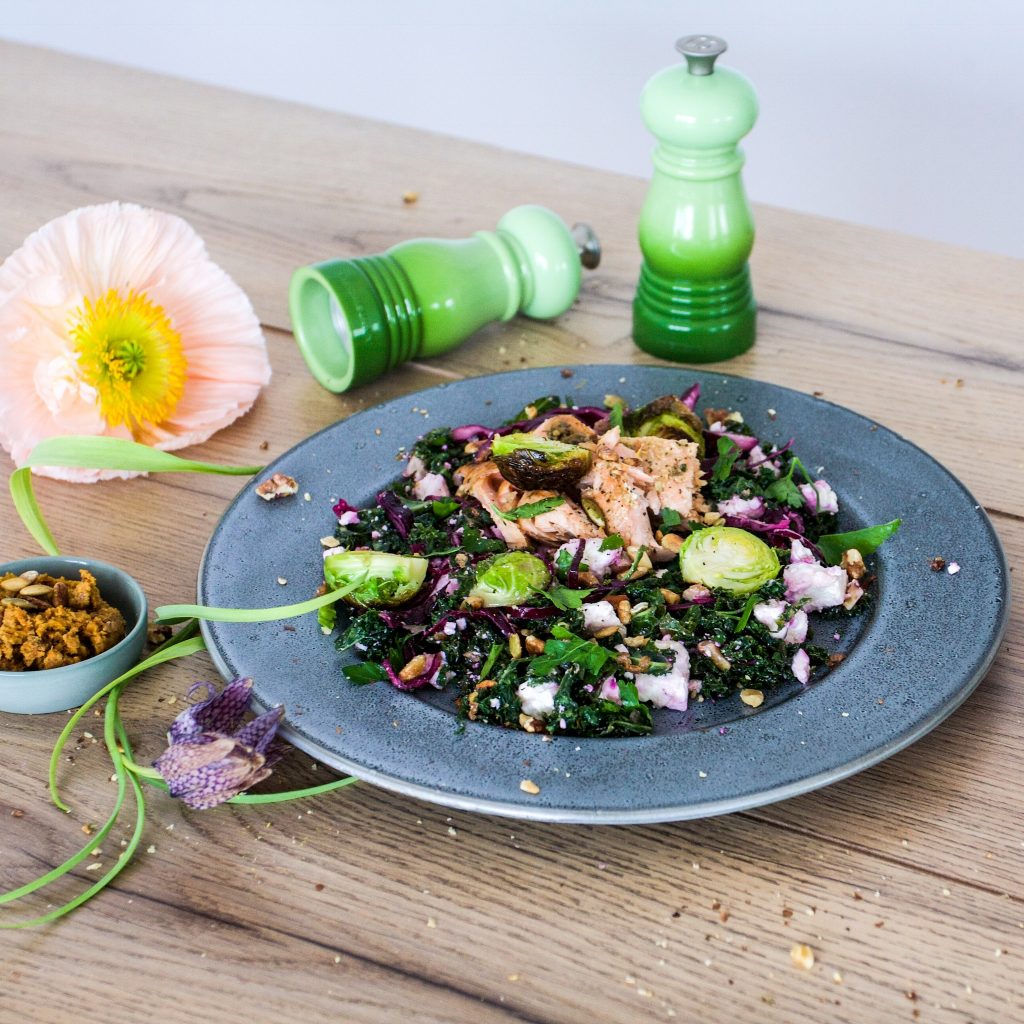 Green kale salad – for your gut-health