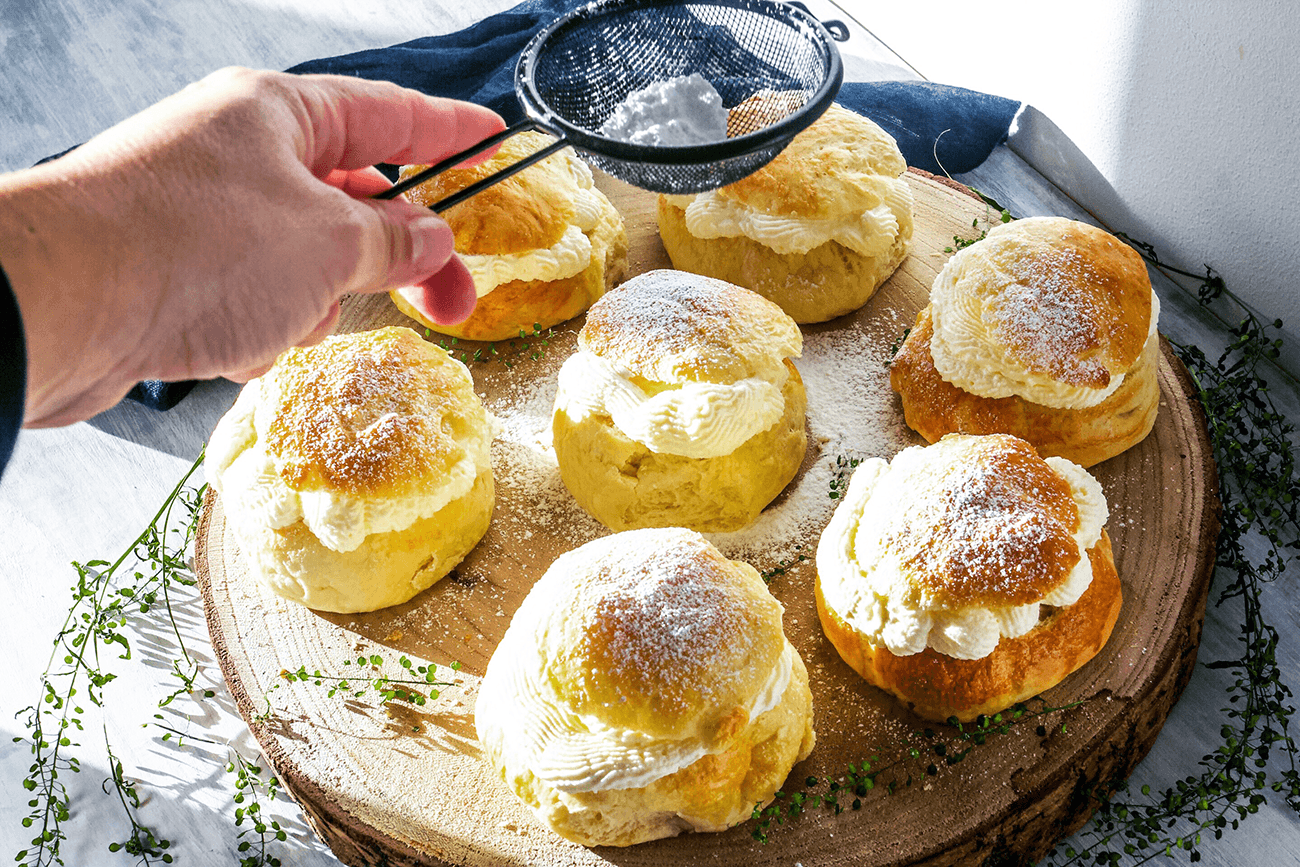 The semla is a classical Swedish pastry that is served on Shrove Tuesday. Now days even before. But it used to be served as treat after fast. During the last couple of years the Semla, whether a vegan semla or not has popped up in many shapes and flavours.

As you probably know by now I love experimenting with new flavours and play around with textures. The semla, however, is one of those absolute classical pastries that I love just the way they are.

I can go as far as a vegan semla, which really is just the way the classical one is. Just allergy friendly. I can even stretch as creating a fusion between the French and Swedish. And name it a petit-choux semla. But that’s how far I’m willing to take it.

The love for the Semla

I have always loved the semla, except for a quite an extensive period when I couldn’t eat whipped cream. This was because I overate whipped cream. When my grandmother was baking I stole the bowl with the whipped cream in it. Consequently, I was really ill. And just the look of whipped cream made me sick. I was devastated. A lot of Swedish pastry is filled with whipped cream.

Even though wheat buns are fairly easy to make they can easily become too dry and crumbly.

When the classic Semla is all you need 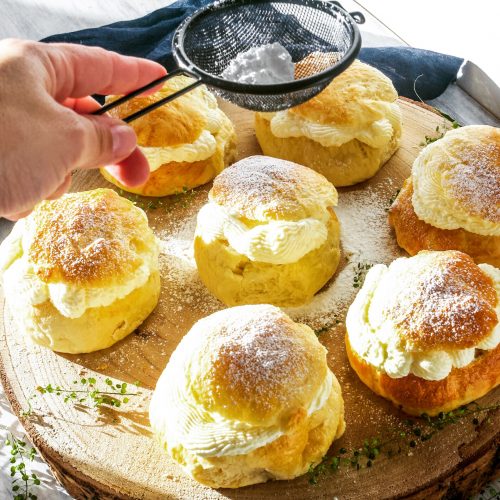 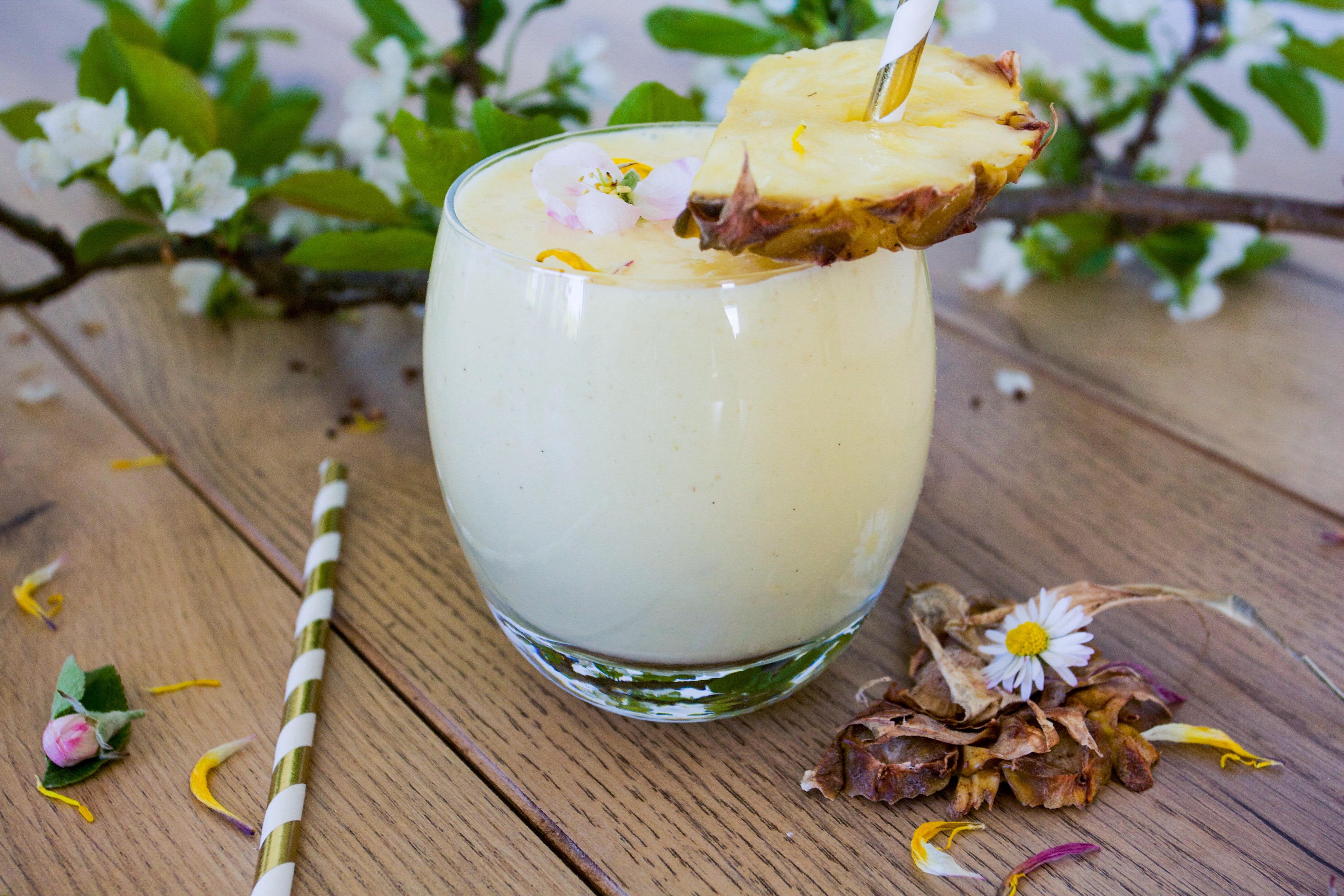 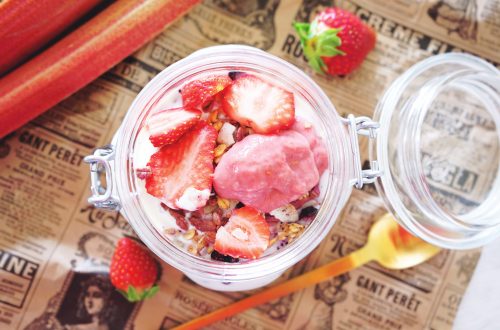 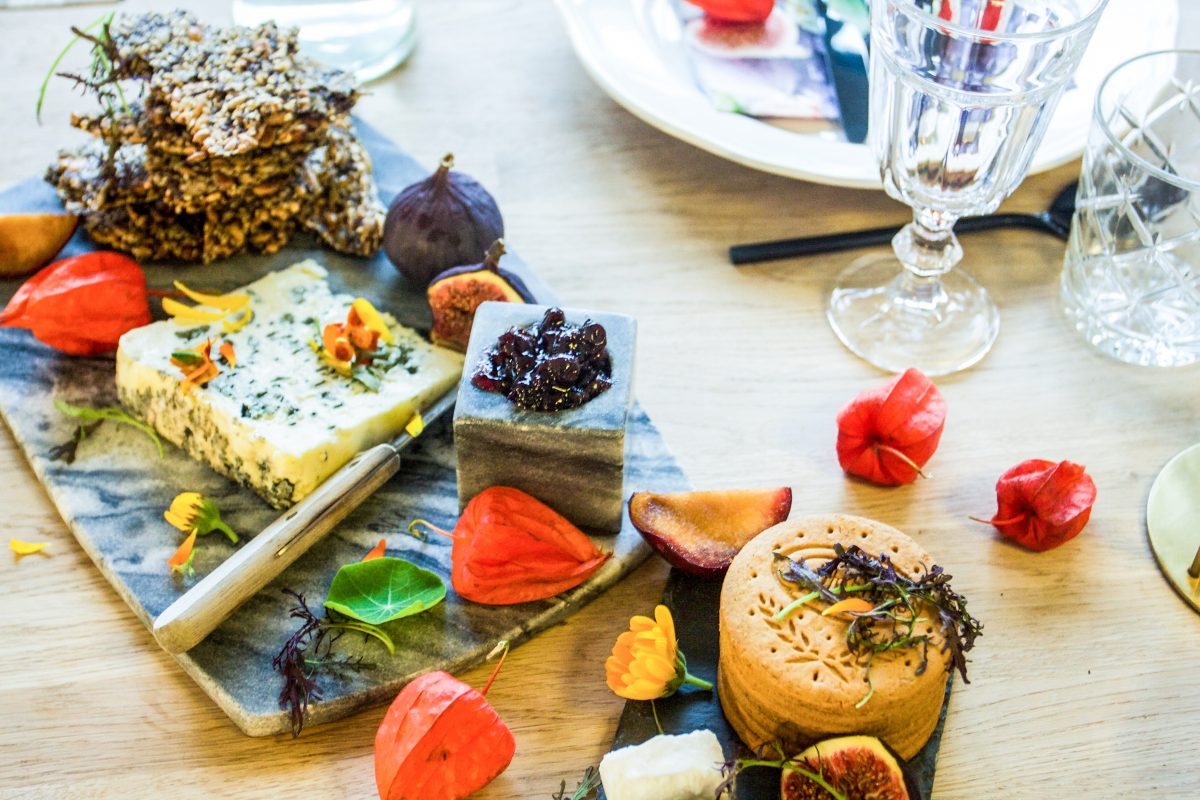